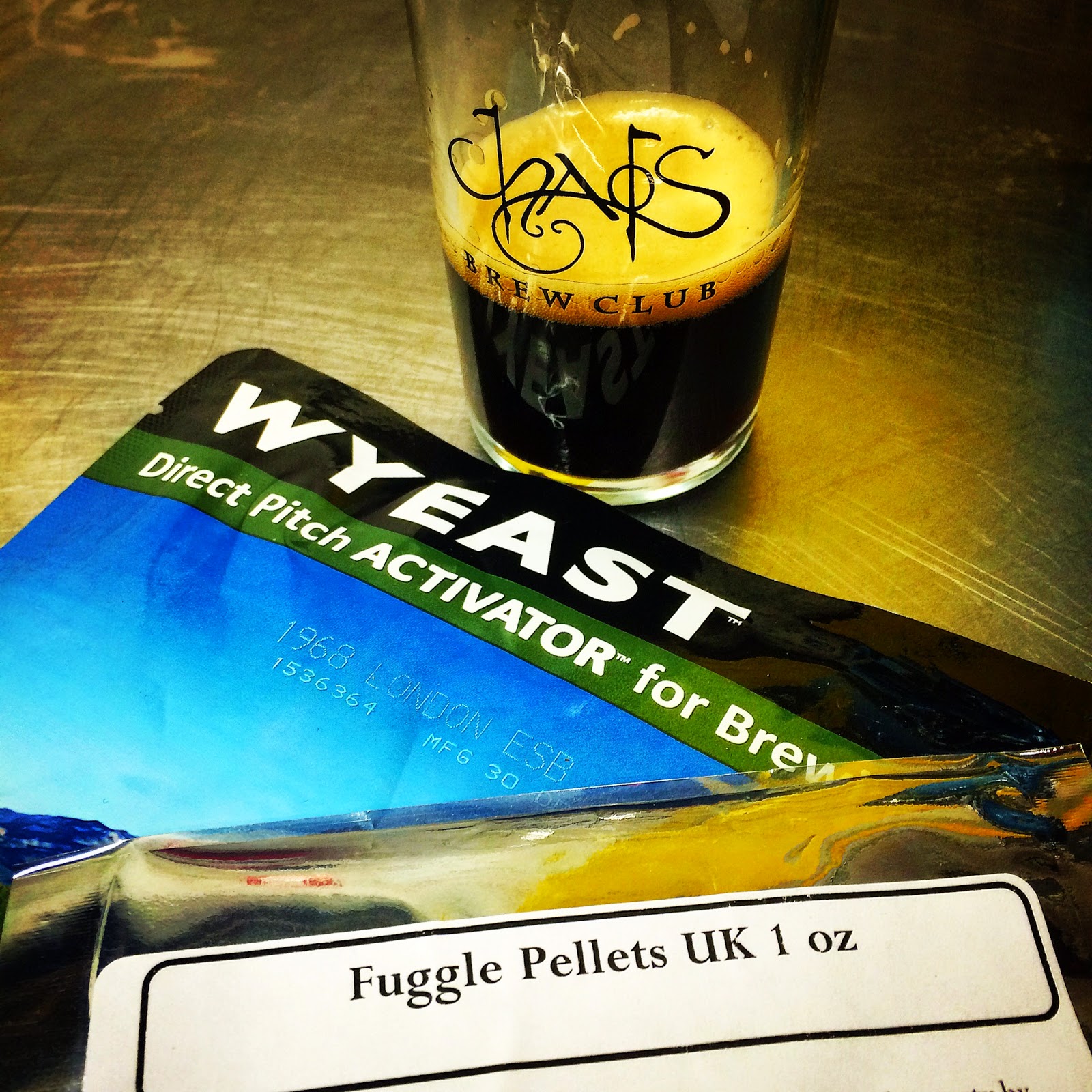 Well this is indeed a Throw Back Thursday... all the way to 1865! The same year that  President Lincoln was assassinated.

My good friend Liz, from History on Tap, who is a Chicago Historian wanted to do an event to commemorate his life and work. Check out her documentary road trip following the birth, childhood, and up-bringing of a legendary man at For the Love of Lincoln. As Liz was telling me about her plans for the road trip, I got excited and wanted to contribute something to the event, so I proposed we also make a vintage beer that was popular 150 years ago. In the past we had discussed brewing vintage beers and this seemed like the perfect opportunity to link it to one of her events.

When I first started researching beers that were brewed in America 150 years ago, I found some really wacky recipes like "Spruce beer" which was boiled water and molasses, mixed with cold water and some spruce branches thrown in for some "earthy/bittering" flavor. I wasn't too keen on the idea of what this might taste like... Although part of me still wants to brew this beer, but maybe just a gallon, in case it's awful. After my internet searching went bust on recipes that I felt could be palatable, I turned to my home-brewing book, The Home Brewer's Guide to Vintage Beer, that provided previously commercially produced beers but in 5 gallon batch recipe proportions. The beer that I selected was a popular beer from 1865, an English Mild, made by an English brewery called Lovibond that closed in 1909. The beer was sold primarily to households and hospitals, but not to pubs. Today, Milds are almost an extinct beer, although more recently I have seen a few craft breweries starting to produce it, and because of it's rarity I was really looking froward to brewing this style.

I plugged in the recipe provided in the book into my Beersmith software to see if the recipe was balanced. The stats showed it would be more like a dirty blonde, rather than a brown beer, which is what the color should be by standards today. This gets tricky, cause even if you brew a beer or cook a dish from a recipe that is decades or hundreds of years old. Try as you might, this still will not be the same outcome. Our food sources are evolving, chemicals, and government restrictions are monitoring our food production, so it would be an impossible feat to identically have the exact same grains, hops, and yeast they had access too. Even our water is most likely (I'd hope) better purified now. So this beer is in fact mimicking what it might have tasted like, but it's not an exact match. The ABV is also effected because the ingredients varied. This beer back then would have been under 5%, but mine was closer to 6% because the conditions and ingredients I was brewing with provided a higher OG to produce a higher alcoholic beverage. I also ended up decided to add 1/8 of chocolate malt to the grain bill to get the color of the beer to at least on the low end of the acceptable browns so that a drinker would not be visually thrown off by it's appearance. I'm sure that this same recipe brewed back in 1865 was brown, or a murky muddy color, but with today's ingredients and fresh/purified water it would be at best a dirty blonde.

Honestly Mild, named after an honest man, who didn't really even drink, but I think if he did he would have liked this beer. I was really pleasantly surprised with how enjoyable it was. It was by it's own definition very mild. The hops and grain were really balanced, it was an easy beer to drink for everyday consumption and no fancy frills. I would brew this beer again.

Have you brewed any vintage beers? If so what were they and were did you locate the sources for the recipes?
Posted by Nancy at 10:53 AM