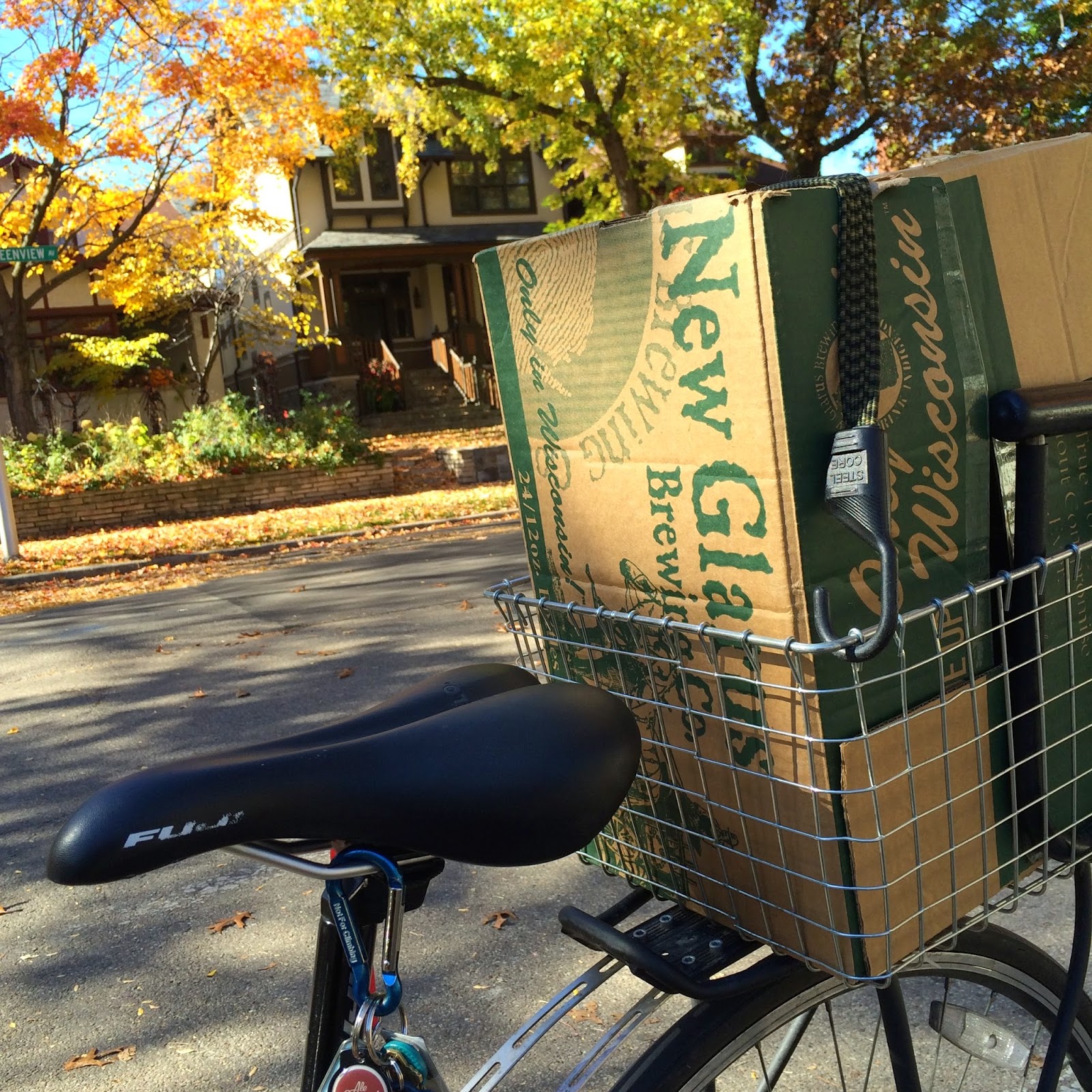 Well, 2014 is history...
Grain was milled, wort was boiled, beer was drank, and knees were busted...
Overall it was a very good year and monumental in my craft beer learning experiences. I'm thankful for another year filled with so many awesome people and tasty moments. Thanks to all of you that were a part of it. Life, like beer, is better when shared!

- Participated in a Women's demo brew day at Brew Camp on International Women's Day hosted by Hail to the Ale.

- Became a board member on CHAOS Brew Club.

- Launched my personal graphic design portfolio site, on April Fool's Day... no joke! The site includes some of my design work which I've created for the Chicago craft beer community as well, including work for History on Tap and Goose Island.

- Tried more than a thousand beers! #OneofEverythingPlease Thank goodness for tasters and neighbors to help you finish the big bottles! Seriously my untappd went into overload... my unique beers have slowed to a crawl... had it, had it, had it.

- Studied my tastebuds off for the BJCP exams! I took the written component, a 60 min 200 multi-question/multi-answer online exam. Once passed I was awarded a certificate and allowed to take an officially scheduled on-site tasting exam, which I did in June at the National Homebrewers Conference. The tasting exam consists of observing, tasting and documenting 6 beer's profiles against it's classic style description from memory and noting any off-flavors that may exist in the beer and offering suggestions on how to correct the beer to avoid off-flavors next time, if they are present. After waiting 7 months for test results to come back... I'm proud to say that as of Dec. 24, my test scores were finalized and I'm an official Recognized Beer Judge, yay!

- Learned how to keg beer! Woot! Now I need to make a kegerator!

- Was an assistant brewer for the day at Horse Thief Hollow, my friend, Dave Williams, who is the head brewer there, invited me to help brew PomPom, a Hefeweizen with pomegranate juice, yum! it was a great opportunity and I'm hoping to help on more brew days in 2015!

- Attended (3) craft beer and brewing conferences: CBC, NHC, and the BBC... What a trip!

- Attempted to run my second Chicago Marathon, but a cycling accident on the way to the brew house in July, prevented it... don't worry it was just a flesh wound! Nothing like flying off your bike and landing in Sphinx pose on asphalt. I pretty much scrapped off my entire right knee cap and reactivated an old MCL injury, so I was wobbly for a while. But, somehow I still found a way to finish my year with over 1,200 cycling miles and 200 walking miles, 55 skiing miles, while my running halted at around 85 miles. Thank goodness for RunKeeper and helping me burn a thousand beers!

- Poured for a few festivals and events in Chicago including Beer Hoptacular for Illuminated Brew Works and various breweries for FoBAB.

- Introduced Sam Herring of Future Islands to Chicago's very own Malort after a show at Lincoln Hall. That was a fun night!

- Assisted in running a beer competition, The second Annual Nielsen-Massey Homebrew Extract Competition, with CHAOS Brew Club and also judged and/or stewarded in six  others. Including stewarding for FoBAB.

- Finally had a chance to attend my first Great American Beer Festival!

- Brewed 37 batches of beer, (3) of which were for CHAOS group barrel aged projects, (some of which are still in the barrel!), (10) were collaborations with other homebrewers and (5) of those were new-bees that I taught how to brew! I'm excited that my brewing has inspired others to learn, especially encouraging more women to get into brewing.

So what's in store for 2015? Well two things are for sure... I'll need to brush up on my French and German!