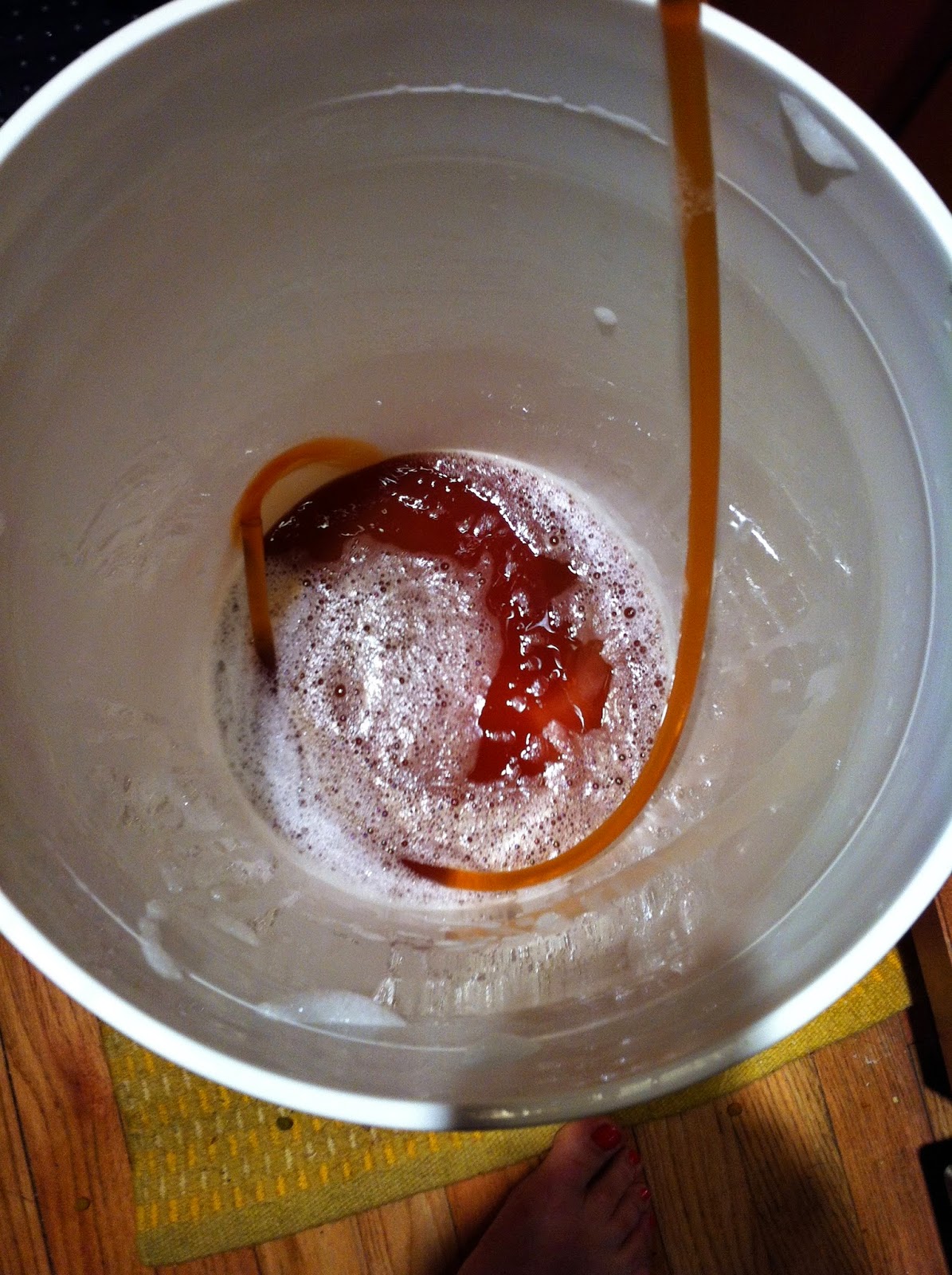 Generally, IPAs are not my favorite style, although they have grown on me over the past year and there are some DIPAs that I just love, like the Green Flash Imperial Indian Pale Ale or Bell's Two Hearted IPA.

Initially it wasn't my idea to brew this beer. When I was taking BJCP classes in the Fall, I offered to brew a beer for the tasting exam (that I was not taking at the time) and I was asked to brew this style. I must say that I surprised myself, because I really enjoyed the way it turned out. It was crisp, sharp, peppery, and citrus... very refreshing. I brew a lot of experimental flavor combinations and this was just simple, clean, and very drinkable... and I liked it, it kind of surprised me.

I think many of the IPAs that I've had in the past have turned me off because there were too: hopped, bitter, carbonation-ed, and/or just overall too intense for me. There should be a list of gateway IPAs that are more approachable for the stout lovers. Hmmm... Now I'm thinking that should be on my next Top5 list.

Over the past year, as I've been brewing and expanding my taste-buds with new beers, so my palette has evolved too. Once these styles were intimidating, but now they are creeping their way into my everyday. And now that I have a better understanding of hops and can control the hop profile, it's allowed me to approach an IPA with a softer palette one that hopefully myself and other existing hop lovers can enjoy too. One of my favorite hops which I've discovered is Pacific Jade, it's a citrus and peppery hop and I was excited to make a beer with it, it's perfect for an IPA. 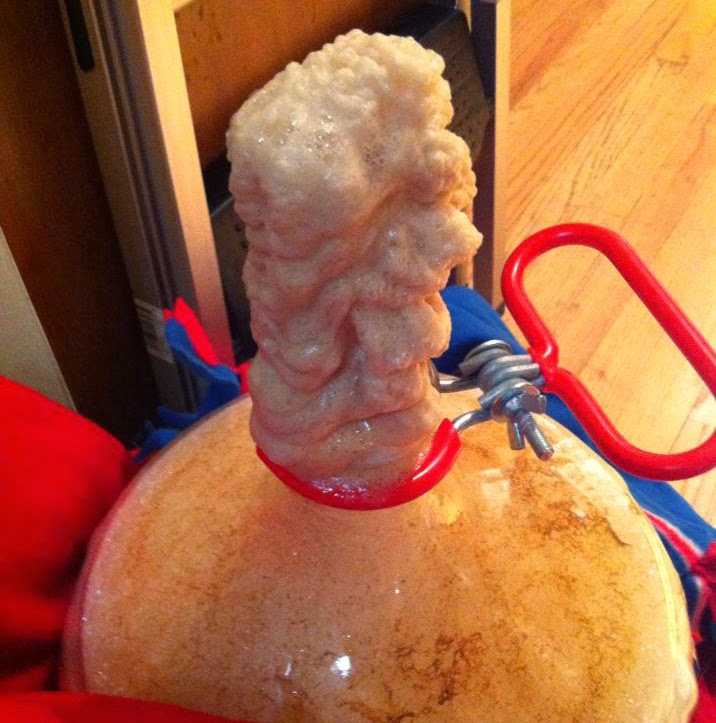 This beer liked to bubble! It actually fermented for almost a solid 2 weeks, hence the name, Energizer IPA. Those yeast were very enthusiastic! I had been brewing a lot at the time I made this beer and I only had my 5 gallon glass carboy available for a fermenter, so I used it in the primary, which was a mistake because it completely bubbled over, the air-lock didn't pop, but it made a serious mess. Next time I'll stick to using my carboy in the secondary or for smaller batches.


Final Brew notes: Crisp and refreshing, strong citrus and subtle sharp peppery notes, an easy drinker. Goes great with BBQ or all by it's self, yum!