Some friends have recently asked about smoky beers, which I have fallen for this past year. Personally I'm not a smoker, but I love the smell of a good campfire, a BBQ roasting/smoking, something delicious, and the smell of a good pipe. I think these scents are fantastic. So what if you could put the best of these aromas in a beer...? Well, that exactly what smoky beers aim to do, and some do it quite well. Here are some of my favorites. 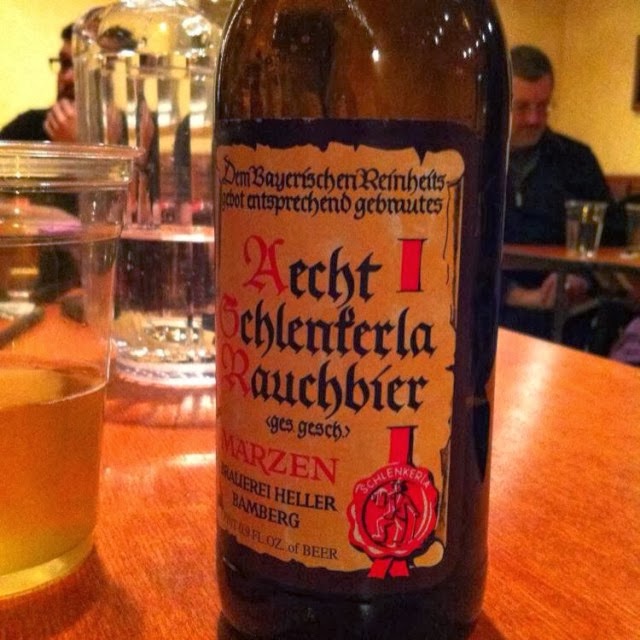 Smoky beers have been around for hundreds of years. Brewers used to dry malts either by direct sunlight or over an open flame, and those which were over open flame, would sometimes carry over the smoky characteristics to the beer. In the early 1700's kilns became common for drying grain, making smoky beers, less and less common. But there were some German breweries who kept the traditional methods of smoking the malts, such as Schlenkerla, also listed above. They are considered to be a classic example of a smoked beer.

Today, you can purchase smoked malts, like cherrywood, or smoke the grains yourself using different scented wood chips to bring out a variety of flavors and depths of aromas.