PIG+FIG is a beer that was inspired by a series of fortunate events... 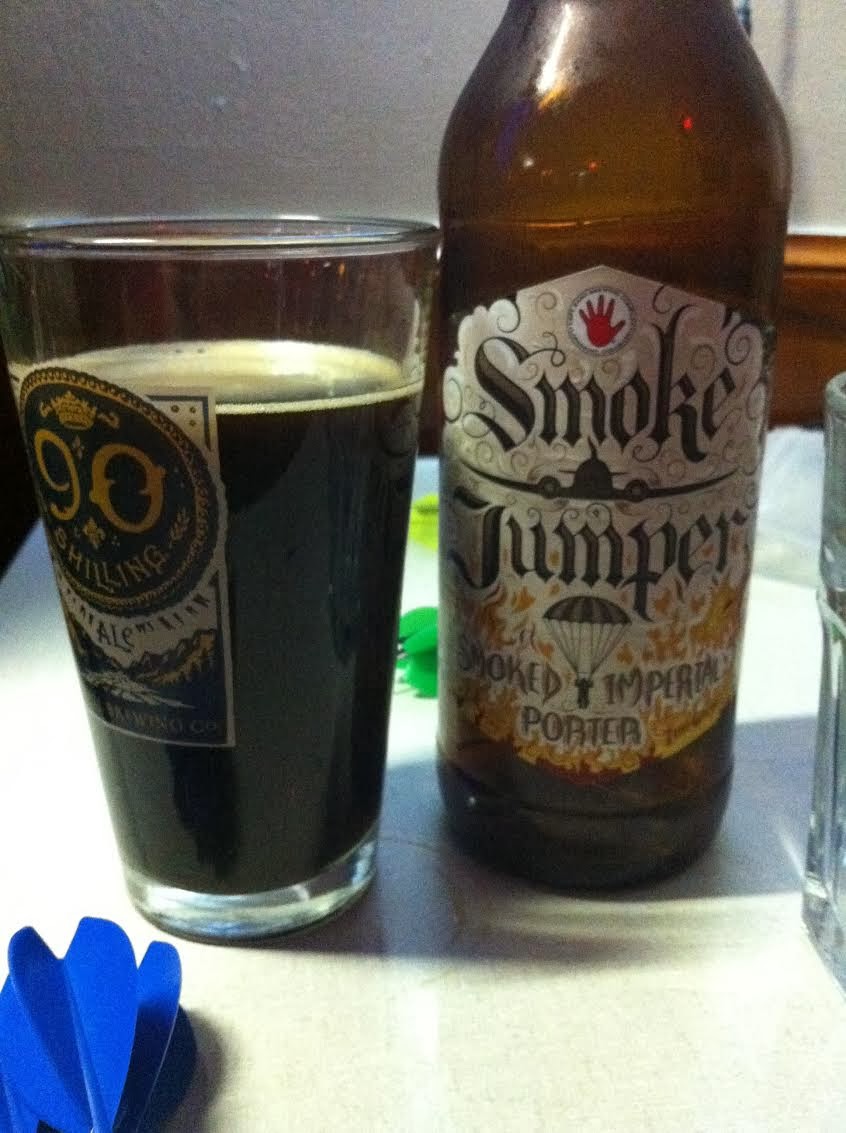 I was lucky enough to be in KC on the wrong side of town, at the right time... when I had one of my first and most memorable smoked beers, a Left Hand Smoke Jumper, it tasted like bacon and it was amazing. We were at the most random dive/craft beer bottle place I've ever experienced... Thank you 403 club, for your tasty beers, the weapon control at the entrance, the Kraftwerk playing on the jukebox, the dart boards in the doorway to the bathrooms, and the surly looks from your grumpy employees, you know how to make an impression! One of my favorite things about this place was actually just getting in.. you needed to push a buzzer, and they would view you on camera, before deciding to let you enter... Oh the things you have to do, to get craft beer in KC!

Then, a few months later, I was in Napa with my best friend, Erin, the night before our half marathon, where we ate a feast of flat-breads, cheese, and drank wine at Carpe Diem Wine Bar. You know, a few bottles of wine the night before a 13 mile race always sounds like a good idea, right? Well one of the fire-wood oven flat-breads we tried was a prosciutto, fig, arugula and goat cheese, with a balsamic reduction and it was magnificent! The fig totally complimented the prosciutto. It was sweet and creamy, smokey, salty, meaty... yum! I wanted to put these flavors in a beer and so a smoked Pig and Fig beer concept was born.

How was I going to get "smokey bacon" in a beer. At this point I was still new to brewing and understanding malt profiles. I literally thought maybe I should fry up some bacon and add it in the boil... so glad that I did not attempt this. We all know the nut oil nightmare that occurred during the making of PUMPIN NUTS! and I could only imagine what meat oil would do to my beer. Luckily I had the opportunity of meeting some of the guys from Pipeworks, and Mike allowed me to pop over on a brew/bottling day for a planned site visit, while I had a guest in town. I mentioned how much I loved their Smoked Chipotle Porter and I told him my idea of making a PIG+FIG beer. The first thing out of his mouth was... "Don't use real bacon. Use smoked malts." Um, OK. I took it, from his rapid response, that they had attempted using meats at some point, which they did. He then offered to let us taste some spent cherrywood smoked malt, that they just used in a brew earlier that day. It tasted like smokey bacon in oatmeal form. I was sold. You could really achieve meaty and robust flavors from the grain. Since cherrywood smoked malt is a specialty, and usually ordered online, he offered to give me a pound to use in my brew. I was ecstatic, this was going to be good! 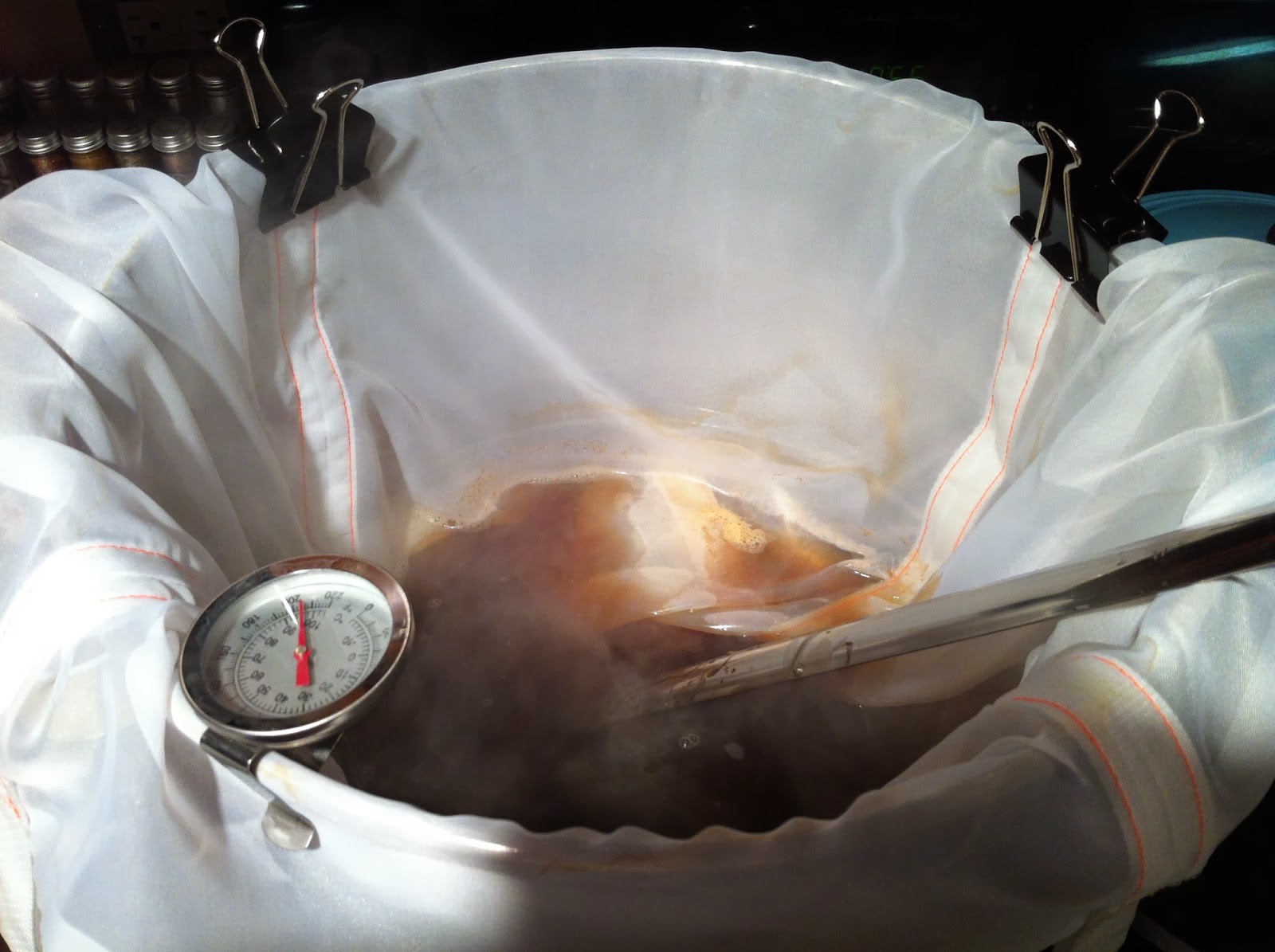 This was one of my last extract beers and it was also happened to be the first time I used this genius device, the brew bag, sold by Chicago Brew Werks who had a booth at Beer Hoptacular this past fall. It was awesome time saver and really streamlined the straining after the boil to almost non-existent. Straining was always a huge time suck, especially when I make really weird beers with a lot of extra ingredients, which is almost always. I had pureed a combination of raisins, dates, figs, and plums, to get the sweetness I was looking for and added them towards the end of the boil, and this bag was a life saver.

Another unexpected extra that I decided to add after the beer was sitting in the secondary, was maple extract. I was at The Spice House talking to my friend, Loni, who works there and is also a student at the French Pastry School and telling her about PIG+FIG and she said, "Oh wow, have you had our Maple extract that just came in?" A thought suddenly ran through my brain... maple syrup and bacon! Yes! I bought some and decided to add it on bottling day. 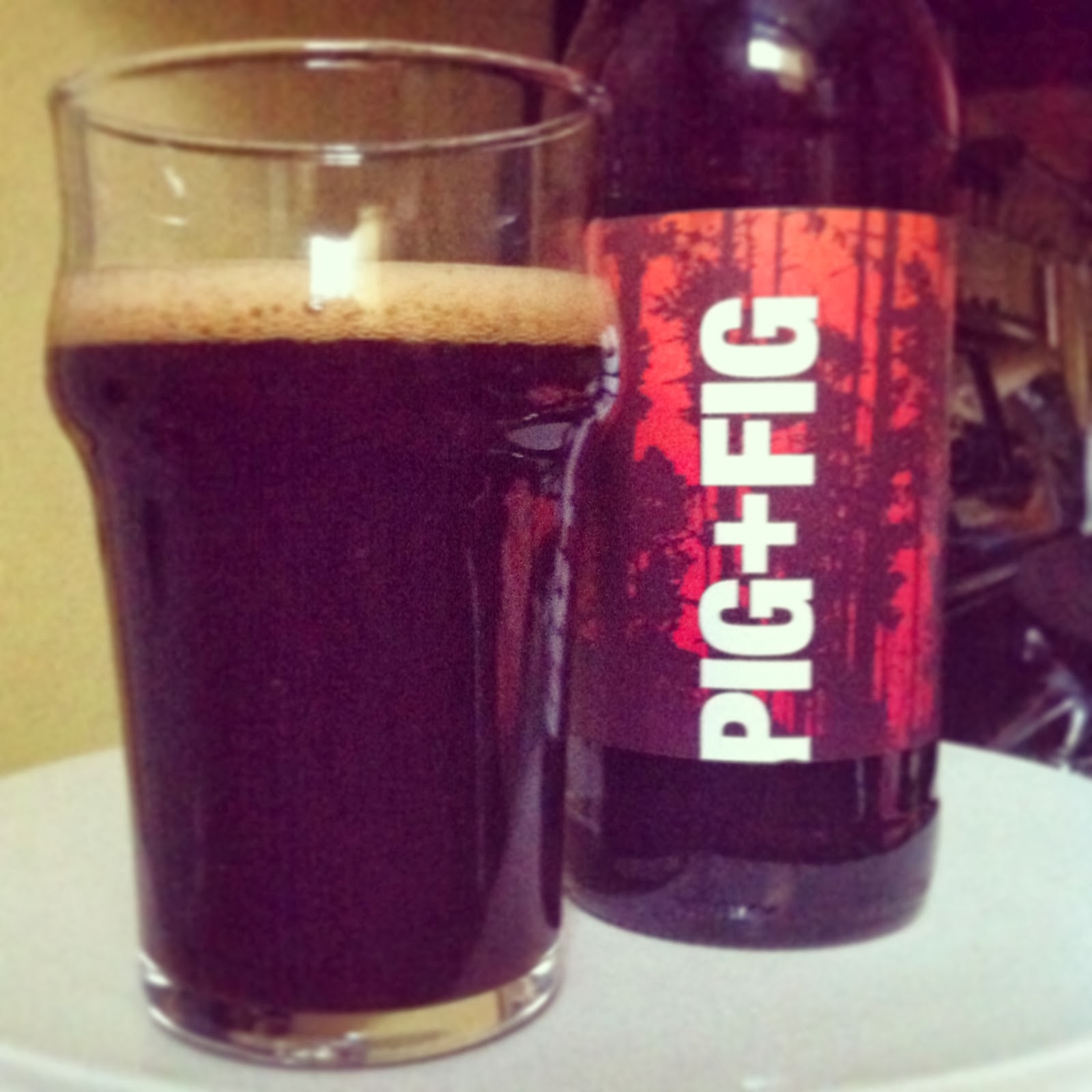 I ended up loving the smokey maple flavor of this beer, but distinguishing the actual notes of: figs, dates, raisins, and plums became a blur. They were more of a complimentary component/ingredient rather than actually being identifiably present in the taste. Also after getting feedback from BJCP judging notes on competition forms, I saw that I had received deducted points, because I listed those, as special ingredients, and they were looking for them. Since those flavors were not easily found, I had points taken away. Had I not mentioned they were added, then the beer I would have scored a higher rating. So if you have the time, taste your beer prior to entering in in competition and decide if those notes are actually present and if they should be listed as a specialty ingredient, if you can't taste them then they solely exist to compliment the other flavors and should not be listed.

Final Brew notes: Subtle sweet and smokey maple Porter, creamy tan head, smooth mouth-feel, with no present heat and is an easy drinker. Try it with some bacon wrapped dates and creamy warm brie that was baked with apricots.