Cheers to Hossa, who takes home a Silver! 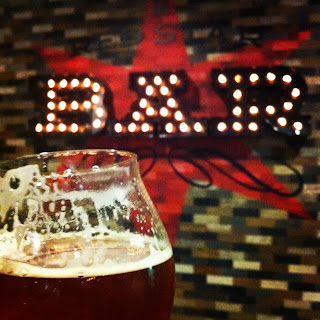 I entered my first home brew competition this past weekend at Red Star Bar, in the Lincoln Park Whole Foods, and Oh So Hossa took home Silver! (that's fancy for second place)

The competition was open to Belgian inspired home-brewed beers, in partnership with Vanberg & DeWulf who was celebrating it's Anniversary Coast to Coast Toast! I entered 3 beers of mine, all under the same BJCP category (16E. Belgian Specialty Ale).

All of the judges were certified BJCP judges, including one brewer/owner from Chicago's very own Ale Syndicate; The founder of Ommegang Brewery, Don Feinberg, who is also the owner of Vanberg & DeWulf beer import company; along with a few other accomplished award winning home-brewers, including Cesar Marron, who recently just won the 2013 Sam Adams Long Shot Competition.

I was able to talk to the judges after and collect their judging notes on my beers to gain insight and feedback from brewing professionals. It was very educational, considering I got into home brewing to create really innovative flavors. I learned when it comes to competitions and categorizing beers, it is very systematic and beers have to have specific characteristics to be able to define it's beer style and gauge it's quality, taste, appearance, aroma, and overall mouth-feel against other beers within it's category. This is how you establish if a beer is good and true to it's beer style.

It was a very fun night with friends and the brewing community from all over Chicago. I celebrated, with a tasty Lambickx flight including Oude Beersel Bzart Lambiek, but Kriek was my favorite. Cheers!