This is PUMPIN NUTS! 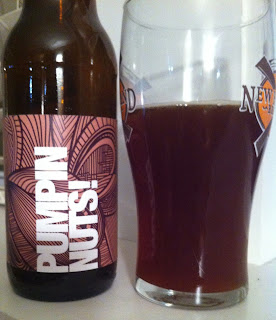 Sometimes the inspiration of a beer name comes from the recipe, like OH SO HOSSA, and sometimes the name of the beer just comes out of the process like... PUMPIN NUTS!

Inspiration
A pumpkin pie with pecan crust topping that my sister made a few years ago. I wanted to see if I could translate this flavor combination into a brew. 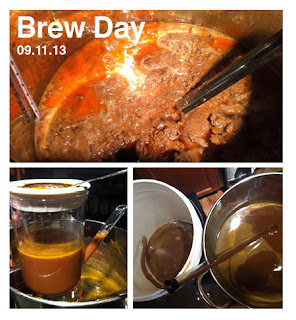 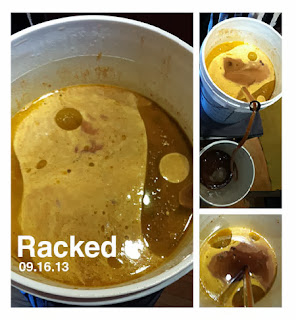 Breaking away from kits.
This is one of the first beers that I brewed where I completely broke away from kits (but still used extracts). Christian at Brewcamp, helped me formulate my recipe by suggesting which grains would go best with the beer style, which was awesome, but it was on the fly. I had originally wanted this beer to be a porter and it turned out more like a brown ale. I picked out grains like biscuit and caramel which flavor wise really complemented the beer, but it didn't give it the dark rich color that I had in my head. I loosely based the quantity of the ingredients off a generic pumpkin beer recipe that I had with me. I wouldn't suggest this. The beer still turned out good considering, but it wasn't the color or robust flavor profile I wanted, it was more subtle in taste and a lighter brown color, hence why I now call it a brown ale instead of a porter. 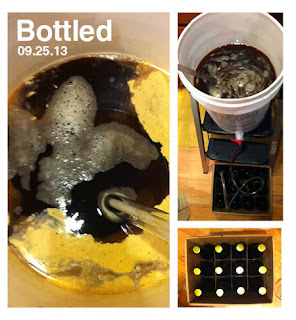 Brewing with nuts... is nuts.
Nuts produce oil. Oil is not good in your beer. I mean, who wants to drink an oily beer? Oil is also not a fermentable, meaning it doesn't contain sugars, so yeast won't eat it... and if yeast won't eat it, then it won't produce alcohol. Oil also fights head retention. So, if you choose to brew with nuts, against all recommendations from fellow brewers. You're going to have to extract the oil from the beer. I unfortunately did this using a gravy strainer and I literally pumped oil out of my brew for 3 hours... hence the name "Pumpin Nuts!"

Next time I brew with nuts, I'll approach it a different way. I'll still puree the nuts, but roast them in the oven a few days before brewing to let the heat force the oil to the surface and then remove the oil to use for another purpose. Pecans don't produce as much oil as a peanut, but as soon as the pecan puree hit the brew the oil just started separating almost immediately and I began to panic. Another approach would be to just give it time and let the oil surface at the top of the bucket and then siphon it, which is probably what I should have done, and did do when I racked it, but this didn't occur to me at 2am after brewing for 6 hours on a Wednesday... my brain was not thinking properly. I also wasn't sure if this would trap the yeast and not allow them to have efficient air. I was doing everything I could think of to "save" this beer.

An after thought on brewing with nuts is using a nut powder/dust rather than actual nuts. I have heard other brewers use this for the peanut, since that's an especially oily nut. I may also attempt this in the future as well, but as far as I know there is no powder for pecans.
Ingredients:

Final Brew notes: Subtle buttery nutty notes and slight creamy pumpkin tones make this ale smooth and light on your tongue. It's the kind of beer that isn't too sweet and you can pour yourself another.