"I'm so sick of bottling little 12oz bottles! I only want to bottle bombers (22 oz bottles)." I said this at one of my home-brew club happy hours back in August and a friend replied, "Oh, did you just bottle your forth brew?" I replied, "Ha, yes. I just did!" Apparently it's common for those who quickly become avid home-brewers, to rid the little bottles by their forth brew. It seems agonizingly pointless to bottle 50 of these each week, it's so time consuming, takes up too much space, washing them over and over and removing labels seems daunting, and somehow you always end up sharing them with friends, so bombers just make way more sense. Other home-brewers also keg, but I have not gotten there yet. Also being a graphic designer by trade, I really love designing the labels almost as much as designing the beer. 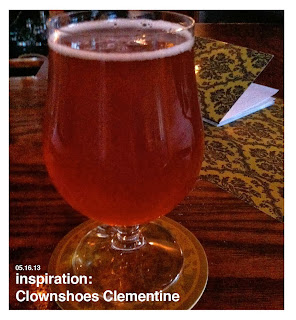 Inspiration
Ginger Aw-Snap! is my forth brew. It's an organic pink grapefruit-ginger Belgian Wit. I was inspired by a beer that I had back in May during Chicago Craft Beer week at Owen&Engine. It was the most juicy citrus wit beer, I ever had, it was called Clementine by Clownshoes. I also love fresh ginger. I juice with it at home in various fruit and veggies combinations. I put ginger in drinks and dishes, it's so tasty and gives an extra fresh kick to your taste-buds. I knew I wanted to make a beer that was juicy sweet/tart citrus, but with spicy ginger twist. I love spice and interesting flavor combinations, so I was really excited about this brew. 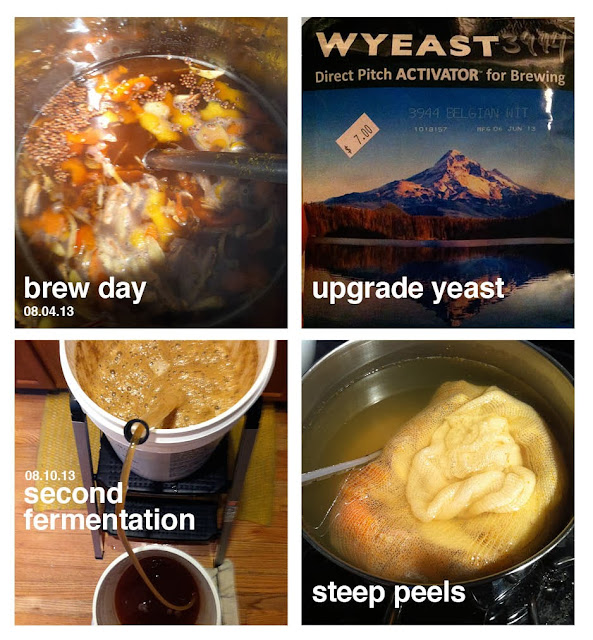 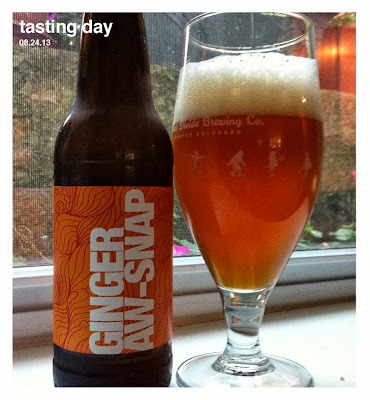 Final Brew notes:
This beer will bite you back. If you love ginger, then you'll love this beer. If your not a fan, then this isn't the brew for you, the snap will get ya. I would definitely make this beer again. It is so, crisp, juicy, and tingly from the ginger, just yum!

Special thanks to my sister Mary, for helping zest the grapefruit and ginger for the second fermentation. She happened to be visiting me that day, so I put her to work!